This could get both really awesome/scary depending on your interest in looking at other people’s family vacation pictures, so either grab a coffee and sit down (yay!), or run away. Run for your life. Because I am a person of the picture loving variety so I have a tendency to share pictures for dayyys.

I think I mentioned a few times (!!) what an incredible time we had on this really special family trip. The trip originated way back as a Golden Birthday Year Vacation for my sisters and me. I always thought the whole world celebrated golden birthdays, but I’ve quickly discovered that this is a very un-heard of thing on the West and East coast. You’re missing out, you slick coastal folk! Us Midwesterners know how to make a celebration out of anything and we’re prowwwd of it.

My biological sisters and I all have our golden birthdays on the same year, THIS year, which we figured out (there was research) there’s just a 1 in 28,141 or 0.0036% chance of that happening. It’s rare! Special! Fun! Let’s take a trip! That’s what we said as a family back when we were tiny people and our family was a normal size. Then my siblings were adopted, my sister and I got married to our favorite hometown boys, and she and her husband just had the sweetest little baby, and so now the total family head count has more than doubled since the original trip was planned. Like, whoa. We’re large and in charge. Because we’re such a big family, we don’t often take trips where we go somewhere on an airplane. This was actually the first time and maybe even the only time that we will ever all fly somewhere together and spend a whole seven days together relaxing and beaching! Amazing. So, so amazing. We stayed in a big beach house on Emerald Isle that was perfect for big families that need a little bit of everything. It was right on the beach and it was gorgeous. The wrap-around windows overlooking the beach were 200% dreamy.

The combination of this beautiful place with a meaningful, once-in-a-lifetime family trip puts this vacation in my Top Three Trips ever taken in all my 28 years of life, ranking right up there with our honeymoon in Mexico and the road trip we took to Montana with our friends last fall. This week was just… wow. So precious to me.

So enough talking about it. Here’s a look at our week.

I tried to consolidate all those pictures into a little grid so you wouldn’t have to scroll for the next 85 years. Like that? Aw yeah. Just for you, friends. Just for you.

Thanks for pic-sharing with me today! Except do you have just one more second? because there’s one more thing I have to tell you about –>

Backing up a tiny bit, in case any of you are new readers: last year Bjork and I lived and worked in the Philippines at an orphanage, and I had a small class of students – six beautiful girls ranging in age from 12-16 years old. Two of them left for adoption in the US before we even left the Philippines, but there were four girls still at the orphanage when we left to go back home to the US, and my heart broke into one million pieces when I said goodbye to them. We had no idea if we’d ever see them again or if they’d be adopted and get a second chance at a family. Most of them just had a few years left before they aged out (18) and would no longer be eligible for adoption.

I will never ever forget the raw emotion I felt saying goodbye to them outside the chaotic airport in Cebu. A few months after we got home, we found out that two of my students, sisters, were going to be adopted to the US with their five other siblings. Just let that sink in for a minute. Seven kids, all matched for adoption, all staying together in their new family. Praise the Lord! And the best news of all: their family was located in North Carolina. Through some last minute emails and a few serendipitous circumstances, we made last-minute plans to stop at their house and see the kids before heading to the airport to fly home. SAY WHAT!

My palms were sweating as we drove up their driveway, because I’m a dork like that, and also because what if they were nervous around us or what if this was awkward and weird and all just a bad idea? I had visions of the kids hiding behind trees and throwing things at us and making faces at us because like, who are these strangers? So rational thinking is not always my strong suit. But what happened instead was that we opened the van door and the kids came running, RUNNING, into our arms, and I found myself in the same exact position as I was almost exactly one year ago, group hugging slash smothering these incredibly sweet kids, only this time the tears were happy. So, so happy. North Carolina, you are breathtaking. My new friends and your children from CSC, you are SO super cool. Thank you for letting us visit your home and fill our hearts up to the brim.

And my family, I love you so much! We’re big and loud and sometimes a little overwhelming and I wouldn’t have it any other way. XO 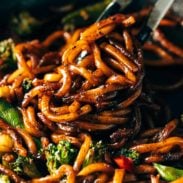