These are so quick and easy to make and both my husband and I loved them. I made them two nights in a row!

Stuffed tomatoes with roasted corn, basil, and cheese?  I ate all 6 of them.

So I was really sad to find out that the tomatoes that I’ve been buying in the grocery store are not fairly harvested.  In fact, tomato fields in the US have been called “ground zero” for modern-day slavery.

Even today, in 2012, the workers who pick our grocery store tomatoes – mostly immigrants from Guatemala, Mexico, and Haiti – are being forced or tricked into working in Florida tomato fields under extremely poor working conditions.

The Problem
Slavery is not just happening overseas. Chief Assistant U.S. Attorney Douglas Molloy once called Florida’s tomato fields “ground zero” for modern-day slavery in the United States. In the past 15 years, over 1,000 people have been freed from slavery in U.S. tomato fields.

The Solution
Recipe for Change–a campaign led by International Justice Mission in partnership with the Fair Food Standards Council and the Coalition of Immokalee Workers–is targeting three major supermarket chains this summer (Ahold, Publix and Kroger’s), and asking its CEOs to support the Fair Food Program. Corporations that join agree to pay a small price increase for fairly harvested tomatoes (1.5 cents more per pound), and promise to shift purchases to the Florida tomato growers who abide by these higher standards–and away from those who won’t.

Major fast food companies, like McDonalds and Subway, have already endorsed the Fair Food Program, but the largest U.S. supermarket chains have yet to support this collaborative effort to eradicate modern-day slavery.

Call to Action
Today is Tomato Tuesday in the food blogosphere!

Take 15 seconds, raise your voice, and sign your name to this prewritten letter help ensure that grocery store tomatoes are slave-free!

In addition, you can ensure that you buy fairly harvested tomatoes when you get your tomatoes from places like Trader Joe’s, farmer’s markets, or CSA boxes!

These stuffed tomatoes are filled to the brim with roasted corn, fresh basil, and topped with melted Mozzarella cheese. Simple and healthy!

I used a muffin tin to hold my tomatoes upright. Worked like a charm!

Tomatoes are yummy, especially when they’re stuffed with roasted corn, basil, and cheese.

They’re even more yummy when they’re harvested fairly. Send a 10-second prewritten letter, make a change, and EAT UP. 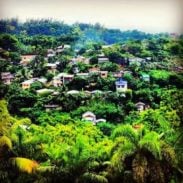