In addition to all of yesterday’s wonderfulness in the form of all your favorite recipes from the year 2013, I would be pretending to be a better cook than I really am if I didn’t also reflect on the less delicious recipes of the year. To put it lightly, 2013 twas also the year of fails. Anytime you have a person vaguely self-taught in food and cooking with loosely organized ideas trying to make a food combination taste good, you’re probably going to get some not-so-happy endings.

There was a very strong pattern in the fails this year: primarily that they start with the word HEALTHY and end with DESSERT. I have no explanation for myself other than to apologize for trying to make weird and healthy ingredients try to taste like things that should only ever be buttery, sugary, and richly chocolatey. It’s the ultimate betrayal to self.

Here are the most memorable (or what’s the word for anti-memorable?) yuck-ster recipes of the last year.

Okay, I have a bone to pick with whoever had the idea to use trendy coconut oil in place of good old fashioned butter. Meaning, myself. They look like they might taste a little tint bit good, but that’s really only because of that one luscious little melted chocolate chip on top. Coconut oil instead of butter = N-O. They looked like flattened tennis balls and tasted like crumbly coconut. But worse. Here and now I ask for your forgiveness for these horrendous results of what started as just a medium-bad idea. The cupcakes were decent, so there was that. But the frosting was like something from another planet. I’m 96% sure it made noise when you looked at it. Globbity gloppy gloop. I know you’re tempted to like this because it kind of looks good, but don’t you dare think that for one second. IT WAS HORRIBLE. I literally had to get up and go to the garbage to spit it out. It’s very hard to go wrong with a good pomegranate, so you can give me like one fourth of a bonus point for that, but the rest of this dish was just nauseating. I blame it on some combination of the quality of the Minnesota shrimp and my extremely over zealous seasoning with every herb in my spice cabinet. My major bad. This delicious failure of a braided bread ring took four hours of my life to mix, rest, knead, rise, shape, and bake. And naturally it took another four hours of my life when it set off the fire alarm, crusted black stuff all over my baking pans, and required washing of my clothes and hair to get rid of the burnt smell. Special.

Please block this from your memory. I don’t know what’s melting out of the middle but it’s no good, my friends. NO GOOD. Remember when I baked a cake for one hour and ended up with hot goo? Yes. A flimsy aluminum pan filled with hot chocolate goo which I then ate in depression. I think I might have cried while spooning the chocolate into my mouth (not joking – it was my first baking experiment in the Philippines and I was convinced that this was the end.) FYI this eventually made it into my favorite recipes of the year because I learned how to appropriately use my no-temperature-marking oven in the Philippines. Recipe here! 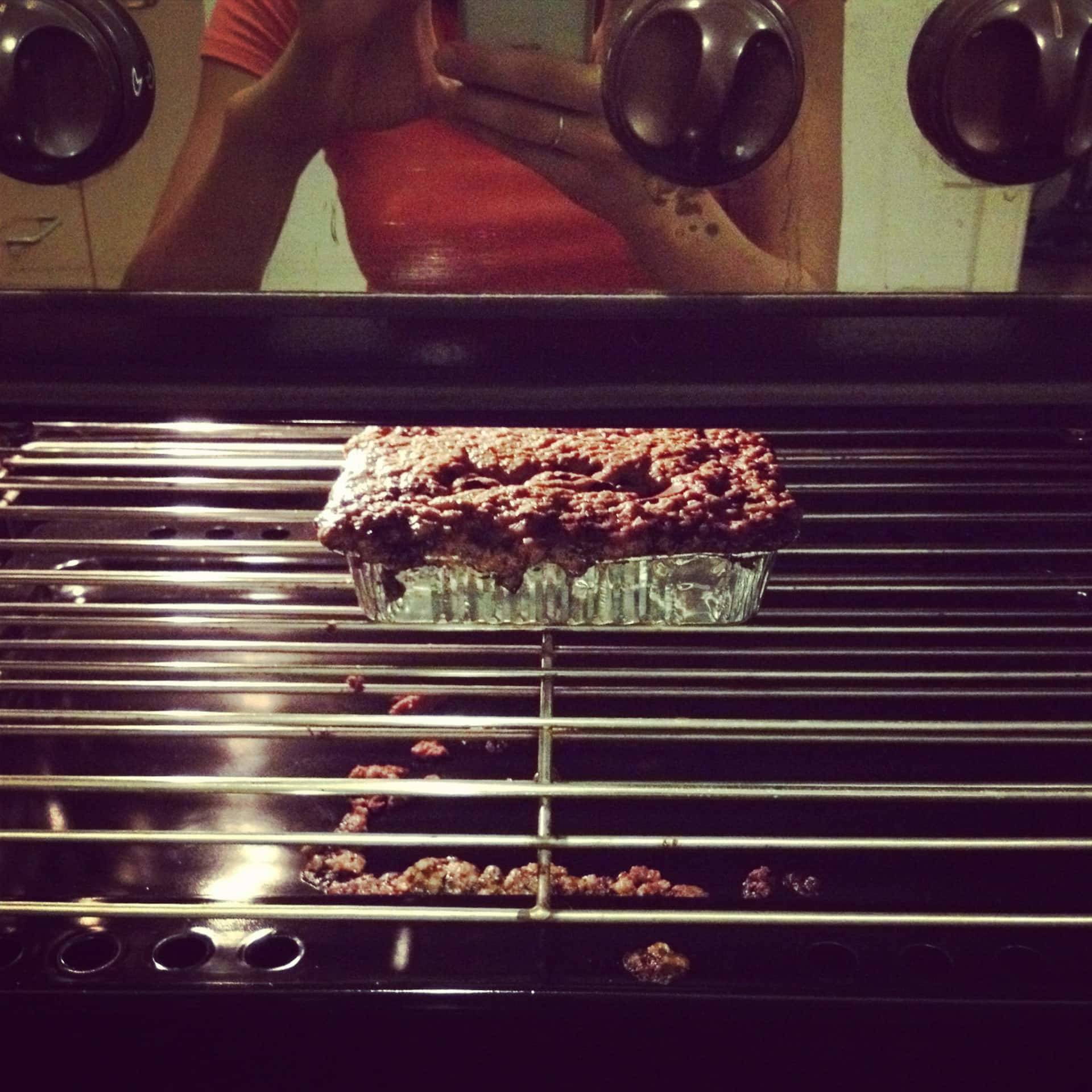 At one time you could actually pick these up without them turning into ash instantaneously. But then I got a hold of them. I dove headfirst into the Mango Pie the second it came out of the oven so it became Mango Smoosh. It was actually very delicious and I might have eaten about 3/4 of the pie. I mean, the Smoosh. And now this picture is really grossing me out. As in, baked in aluminum foil rings instead of a mini-donut pan. In my mind it was total Pinterest bait. In reality it was… ugly. But at least I had that nice Valentine’s napkin. Perfect except for that they will break your teeth. I think this was something I tried to bake that was a completely flat fail, so I pressed nuts into it and froze it. But honestly, I don’t even remember, which is probably best for everyone. Also known as dirt in your mouth.  I think I spy some rosemary in there as an attempted taste-cover-up, but no such luck, my friends. Dirt is dirt. 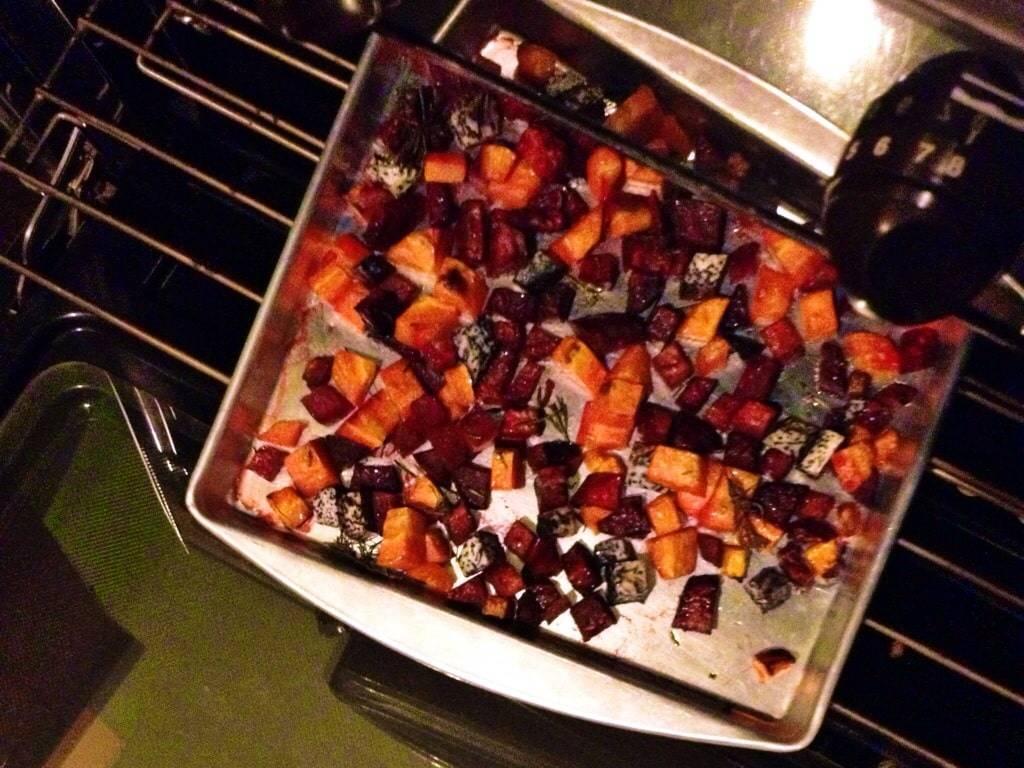 The version my mother in law makes uses crescent dough and a cream cheese filling which, against all of the magical odds of crescent dough and cream cheese filling, I managed to completely destroy. Tea ring –> tea pile of semi-burnt messy, although as you can see from the picture, it was a lost cause waaay before hitting the oven. Beyond salvageable, drowning in filling, cut and arranged like a three year old did it. I do not deserve to be married into this tea-ring making family.

There you have it, friends. Or can I still call you friends after all that? Like, if I promise to never commit these food crimes again? Puhleese?

Here’s to less burning, fewer healthy desserts, and more of the good stuff in 2014.