Hi there friends. Bjork here, checking in for my monthly traffic and income report.

Every month I put together a report that includes a behind-the-scenes look at Pinch of Yum. I focus on two things (1) the income and expenses and (2) the traffic. I also include any tips or tricks that we’re learning as we continue to find ways to grow the blog. Our hope with these reports is that they provide insight and inspiration as you start and grow your own blog (or business or non-profit).

Before I jump into the numbers I wanted to share a video Lindsay and I watched last night. It’s from a YouTuber named Devin Graham. Devin creates breathtaking videos that usually involve extreme sports and locations. Some examples are World’s Largest Rope Swing, Trike Drifting, and World’s Most Insane Rope Swing Ever.

His videos project a carefree, relaxed, party-with-your-beautiful-friends kind of vibe. The “good life,” right? Well, yes and no…

Good life? Yes. Carefree, relaxed, party-with-your-beautiful-friends? Not so much. Check out his recent behind the scenes video called Fighting for your passion – Inside Look at what I do for a living to get a little glimpse into the insane amount of time and work that goes into each one of his videos.

As you can see, the good life that Devin refers to is the focus, get up early, work-incredibly-hard-at-something-you-love “good life.” Or, as he says it:

“It’s a crazy amount of work. I absolutely love it…I’ll keep on doing it ’til the day I die, but the things I do, and the reason why I’m able to do it, is because no one else is willing to do it.”

I love that last part: the reason why I’m able to do it…is because no one else is willing to do it. The video does an incredible job of painting a realistic picture of what it takes to build a business around your passion. Kudos Devin, and thanks for the inspiring video!

Let’s take a look at the numbers for September.

September was the first month that we had embedded recipe ads in our posts. These are listed as “Swoop (BlogHer)” in the numbers above. The total income from the in-recipe ads was $588.60. It’s a little less than I had hoped for considering the fact that the ads are pretty invasive for the reader. The program is still in beta, so we’ll let these ads run a couple more months to see how things play out.

In last month’s post I talked briefly about some friends that have joined on with Pinch of Yum to help out with things like Pinterest, submitting food photos to food sharing sites, and searching other websites for images that have been stolen from Pinch of Yum (and not properly credited). We’re using a software called Time Doctor (that’s an affiliate link) to easily track and submit time worked. This way they can work when and where they want but still easily communicate back to us how much time they’ve worked.

Food Blogger Pro continues to chug along. It’s been really fun to walk alongside food bloggers that are starting up (or polishing up) their blogs. We’re currently working through a series called 6 Essential Plugins for Food Blogs.

We’ve been intentional not to include the income from FBP on our monthly reports because we want these reports to focus on income that comes directly from Pinch of Yum. For those that are curious, FBP averages about $2,500 in revenue per month. A lot of that will eventually go back into the website as we continue to look for ways to build tools and resources for the members.

Here’s the part I wanted to address:

“Are you at all worried that so much of your traffic comes from Pinterest?”

A little over 40% of the people that visit Pinch of Yum are coming from Pinterest. That’s a really big slice of our traffic pie, and it’s scary to think about what would happen if, for whatever reason, that traffic vanished.

Much like streams of income, it’s good to diversify your streams of traffic. This is something that’s on our radar, and we’re going to be focusing on building out some of Pinch of Yum’s other social media profiles, starting with Facebook. I’ll be talking more about specifics of how we’re doing this in next month’s report.

What Am I Doing Wrong?

Lindsay and I occasionally get emails from bloggers asking if we have any advice for ways that they can grow their blog. The emails usually end with some type of “What Am I Doing Wrong?” question.

Oftentimes the answer to that question is pretty simple: nothing.

It’s just that they haven’t been doing what they’re doing for long enough. So how long do you need to work before becoming successful? Until you get lucky.

Luck Is Half Luck and Half Hard Work.

For instance, on March 8th, 2012 Jane Wang pinned a photo of Lindsay’s Healthy Sweet Potato Skins recipe. Whose Jane Wang? She’s the mother of the co-founder of Pinterest. At the time she was one of the most-followed Pinterest users. That pin was the primary factor in the post gaining almost 200,000 total pins.

Devin Graham has also gotten lucky. His videos were picked up by huge sites like Mashable, CNN, and The Huffington Post, resulting in millions of additional views.

So why do some people get lucky while others do not?

One reason might be content. Newer bloggers’ pictures, videos, and written content are probably not as developed as people who have been doing it longer. Lindsay looks back at her early posts and laughs/cringes – her pictures, recipes and writing have all improved so much simply because of the amount of time she’s spent doing all three of those things. So keep at it. Read books, ask questions, enjoy the process of doing something you love simply for the joy of doing it.

The second, and more common, reason is that luck just hasn’t taken notice yet. And a big part of luck is putting on your overalls and work boots and giving 100% day after day. So keep putting on those work boots and feel good about doing something you’re passionate about. Luck will notice you soon enough. And once luck sees you it’s much easier to get noticed again.

I can’t say it enough: Thanks! Without you this little slice of the web we call Pinch of Yum wouldn’t exist. We really appreciate you stopping by and joining in with what we’re doing here. May 4, 2021 303: Breaking Boundaries – Building, Running, and Monetizing a Content Brand with Kelly Senyei 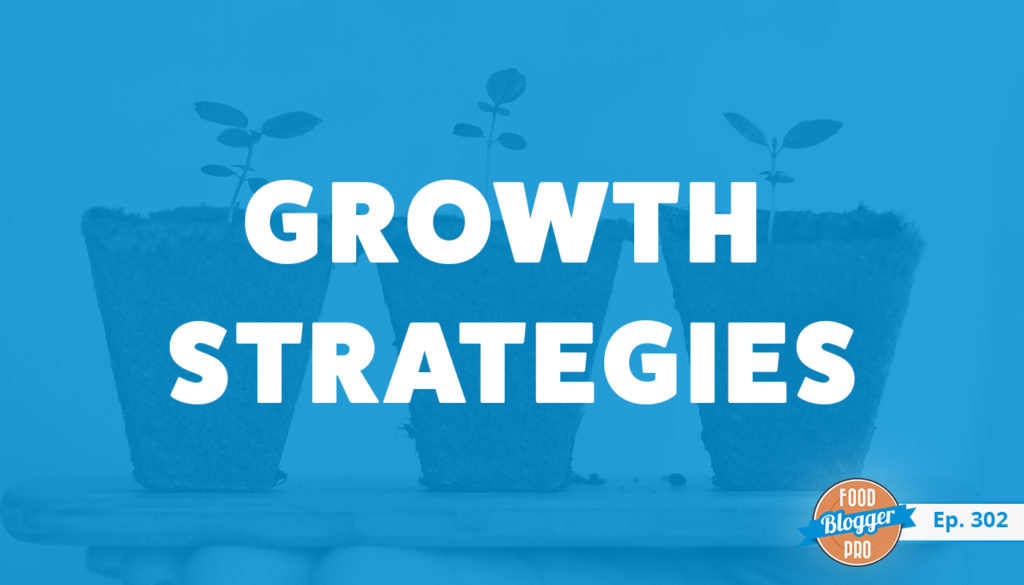 Apr 27, 2021 302: Growth Strategies – Growing Your Brand on YouTube and Beyond with Nisha Vora