This Is The Story Of How I Got a Tattoo

There’s nothing really extraordinary about my particular story: I experienced a tragedy, it changed me forever, and I wanted to physically ink my body to reflect my newness. I wanted to carry my story and my sweet baby boy in a way that was visible to myself and others. It’s meaningful, and empowering, and also, it’s a pretty basic tattoo story.

Sometime between the blur of January and February and March, post-hospital, post-loss, post-trauma, when all I could really do with myself was think about ways to memorialize Afton, I made list upon list of things that I called my Grief Calendar. It was things I could do each week or each month that would help me feel closer to Afton even in his absence. And somehow, in that loop of ideas (planting trees, joining a grief group, making a memory book) I got stuck on this idea of a tattoo. I can’t remember if someone recommended it to me? it had to have been – I don’t think I had the mental capacity to come up with any ideas on my own during what now feels like a complete wash of two, three, four months. But as soon as the idea was presented, it was practically a done deal.

The idea wasn’t totally new – over the last few years I had considered getting a tattoo, but you don’t want to get just ANY old tattoo, right? I mean, I’m risk-averse enough that if I was going to do something so permanent, it couldn’t just be a random little pineapple on my shoulder or something. (Although, note to self: pineapple would actually be kind of cute.) I was open to the idea – I was just waiting for the right one to present itself.

And then it presented itself – not how I thought it would look, but in the form of loss, and love, and a tiny expression of rebellion against the status quo.

This was my right one.

I did what all good people of 2017 would have done – I went on a major googling run:

“where to get a tattoo on your body”

“what to know before getting a tattoo”

I called and scheduled it. It wasn’t for several months thanks to the popularity of my preferred location (as Bjork reminded me every day: the fact that they are busy is a good sign, Linds). Every day I wished it was happening sooner. My body felt lost without it. I needed to be marked, to have some outward symbol of a new and mostly invisible reality. Sometimes I’d look down and my arm and touch it and just wish that I had that ink buried deep in my skin.

I had been working with one of my talented and generous friends to help design a hand-lettered version of his name – Afton – and went back and forth on the styles with everyone who would look at them with me. Is this one too girly? Too scripty? Too basic? Which one looks the most Afton-y? One day I came across a lettering account on Instagram. I wasn’t even looking – it was just by chance, it was maybe even on my Discover page somewhere. I took one look at Aedriel’s lettering and I just knew this was the exact style I was looking for. I sent her an email asking for help with the final, official lettering of this tattoo, and she said yes.

And suddenly, like time does, it snuck up. The tattoo was happening in three days.

Wait a minute, uhhh, what’s happening? Where did we get this idea again? Who is supervising my decision-making right now?

“will I regret getting a tattoo”

“how bad does a tattoo hurt”

Even as we drove to the tattoo shop, I was debating between wrist and forearm. I was worried about weird things like veins on my wrist, but I was motivated by the idea that something on my forearm would be the most visible to the most people the most frequently. During a deep dive in Pinterest’s tattoo archives, I found a picture of a small tattoo on a woman’s forearm in a scripty font and I was sold. I printed out the picture and brought it to the tattoo shop with me.

We played around with size and location at the tattoo shop (thanks, Allie!) and eventually got it just right.

“Okay, are you ready?” she smiled.

It kind of hurt, but also kind of not. Maybe I was expecting it to be worse? Or maybe the pain of the needles and the ink felt appropriate given the pain of the situation that was bringing me to get a tattoo in the first place. Either way, I didn’t flinch too many times and I didn’t cry. Well, I did feel my eyes filling with tears at one point, but that was just my heart swelling.

She finished in about ten minutes, and I looked at it, and I loved it.

From the very first moment, I loved it.

I have to tell you – in the week leading up to this day, I had started getting cold feet. I was googling pictures of old people with tattoos and trying to decide if I this would something I’d be proud of, or if I’d look back and regret it.

And there was a moment where I just made a firm decision: I made the decision to never regret this tattoo.

That’s something that can be decided, right? I promised myself in that moment I would never look at this tattoo for any reason and say, “I wish I wouldn’t have gotten this tattoo,” even for something as shallow as how it looked with a watch or the way my shirt sleeves laid over it or how it would look with my future wrinkly skin.

So that’s that. That’s the end of my basic tattoo story.

It’s a physical representation of an invisible truth: that I have a son, that he made me a mom, and that I love him in life and death.

So… who else is inked? 🤓 Tattoo-ers unite! (Well, I don’t think this tiny tattoo gets me fully into the tattoo club, but maybe I can be a junior member or something.)

A million thanks to Aedriel for the amazing custom tattoo design!

I got my tattoo done at Tailorbird Tattoo in Minneapolis. Many thanks to Allie and team for such a wonderful, non-scary first-time experience! 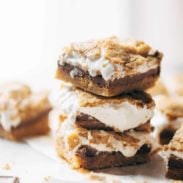 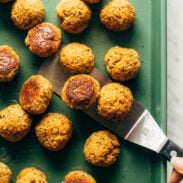