Yo! Bjork here, checking in for my monthly traffic and income report.

The goal for these posts is to offer readers an all-access pass to the “business” side of Pinch of Yum. We share the good, the bad, the beautiful and the ugly involved with growing a website and turning it into a business. This is our 27th traffic and income report. You can browse through all of the previous reports in the Making Money from a Food Blog archive section.

I focus on two things with these reports (1) the income and expenses and (2) the traffic. I also include any tips or tricks that we’re learning as we continue to find ways to grow the blog. Creating an income from a blog or website isn’t something that happens overnight (or even after a few months). The reality is that it takes an incredible amount of work.

As a matter of fact, the “incredible amount of work” topic has been a consistent point of conversation with Lindsay and me lately. This past week we had a handful of days that were spent working early in the morning until late at night. By no means is this always a negative thing (see the September report about working-incredibly-hard-at-something-you-love) but it becomes a negative when that “work incredibly hard time” starts to steal away valuable moments and life experiences.

Example: Lindsay and I have a beautiful Fraser Fir Christmas tree in the corner of our living room. For six days straight it had one ornament hanging on it. One. Ornament. We had planned on decorating the tree the day after we got it, but we rescheduled our Christmas decorating twice during the week, opting instead for work that we “had to do.” Sad, but true.

We (I’m talking to you and me) walk a fine line. On one hand, we are incredibly blessed to have the opportunity to build things (like a blog, business, or non-profit) and be rewarded for our hard work and dedication. On the other hand, we are blessed to have people and experiences in our lives that can give back to us in ways that a blog, website, or business never could. The allure of the tangibleness of numbers and growth can draw us away from the less tangible (but often more rewarding) time spent doing things like decorating a Christmas tree with those we love most.

Speaking of tangibleness of numbers, let’s take a look at the numbers for November.

P.S. If you’re interested in learning more about some of the ways that you can monetize a food blog, we encourage you to download this free ebook, “16 Ways to Monetize Your Food Blog,” from our sister site, Food Blogger Pro!

Ouch. Huge dip in BlogHer income when compared to October. We made $3,000 less from BlogHer despite having 10,000 more pageviews this month. I sent an email to BlogHer to check in and they reassured me there was nothing wrong on our end (yea!) but that it was just a down month for their ad revenue (boo!). It serves as a good reminder of how unstable the ad industry can be.

The decrease from BlogHer provided motivation to revisit the ad units on Pinch of Yum to make sure everything was optimized. The reality is that most ad units are not making as much as they could be. I found this to be true with Pinch of Yum after reviewing our advertising setup.

That’s a pretty low CPM, so I replaced that in-house ad with code from Google AdSense, which traditionally performs better than $0.17 CPM. Check back next month to see how that change turns out. 🙂

We recently received an email from BlogHer informing us that using third party backup ad code is something they no longer allow. They’ve grandfathered in those that used it before, but new BlogHer applications must use BlogHer’s default ad code, called PubMatic. The PubMatic CPM was $0.88 in November, which is pretty good. Here’s what BlogHer had to say about it:

BlogHer pays a service fee for every single ad impression that passes through our ad code, including premium advertising, programmatic and backup advertising from our partners at PubMatic, mobile advertising, and even unpaid PSAs. We also must pay that service fee for non-network backup code, and we lose the ability to sell the inventory that is being filled by your other providers in PubMatic’s programmatic exchange.

This was the first time we participated in Black Friday/Cyber Monday from the merchant side of things. I really had no idea what to expect but was pleasantly surprised with the result of the “Gobblepalooza” sale that we ran on Pinch of Yum and Food Blogger Pro.

Here’s a screenshot of Food Blogger Pro’s income that helps to give an idea of the huge spike that occurred because of the holiday weekend sale.

The normal per day income from Food Blogger Pro is $50 – $100 dollars. The sale weekend makes the average daily amount seem like zero! It’s by far the most successfully 30 day period we’ve had with Food Blogger Pro. It made me realize two things:

What’s with The Lawyer Fees?

We started the process of trademarking the Pinch of Yum name and logo! Julie’s Trademarking your Blog Name post inspired us to get in gear and make this happen. Thanks, Julie!

Pinterest continues to be our number one traffic source. As we’ve discussed before this is (1) great to have a lot of traffic from Pinterest and (2) scary because one small change from Pinterest could make all that traffic disappear. In last month’s report, I shared the steps we took to create a fan gate on Pinch of Yum’s Facebook page.

This month we took it a step further by creating a landing page for the fan gate. It’s a small change that could have a big impact on the number of people that end up liking Pinch of Yum on Facebook.

Here’s why we created the new page:

For example, we can now create a link that says “free cookbook” and point directly to the landing page (like I did in the paragraph above this one). This is a little clue to Google that the content of that page probably has to do with free cookbooks. Let’s pretend that someone else downloads the cookbook, likes the content and decides to share it with their readers. There’s a good chance the link they create will also point to the landing page and say something like “Pinch of Yum’s free cookbook.” This is another little clue to Google that the page contains information about a free cookbook. The more this happens, the more Google is clued into the fact that this page is a great resource for anyone that is searching for a free cookbook.

We’ve used a similar strategy with the “how to start a food blog” page and the “making money from a food blog” archives page. Trying Googling those. Pinch of Yum might not show up as #1, but we’re probably on the first page. This type of intentional content creation is called SEO, or search engine optimization. In this case, our keyword (keyword is an SEO term for the phrase that you’re targeting), is free cookbook. There are lots of factors that go into SEO, but links are one of the most important factors.

If you’re interested in learning more about SEO check out Moz. They have some really helpful and easy-to-understand SEO resources.

Chicken Or Egg? Traffic Or Ads?

I’ve had a handful of people ask about when they should put ads on their new food blog. The answer is that there isn’t an answer, but in general, it’s better to do it sooner than later. Here’s why:

Starting and growing a food blog is a lot of work, especially in the first year when you’re just getting up and running. It’s almost guaranteed that you won’t make much money at all in the first year. However, even just a few cents a day can provide motivation and show you that at least something is coming back for all the hard work you’re doing.

We started placing ads on Pinch of Yum a little over a year after we started. If I had any clue what-so-ever about advertising at that time (which I didn’t) I would have placed ads on the site much earlier. It’s not that we would have made much from it, but it would have shown us it’s possible, which is one of the most important things when you’re first starting out. The first time we made a dollar from Pinch of Yum was a big deal! It made use realize that we could then make two dollars!

Here’s a graph that shows the traffic on Pinch of Yum over the last four years along with various milestones. You can click on the image to view the full-size image in another window.

Without you, this thing we call Pinch of Yum wouldn’t exist. Lindsay and I can’t express enough how much we appreciate you following along, commenting, tweeting, and emailing to say hi. It warms our chilly Minnesota hearts.

We’re using a portion of this month’s income from Pinch of Yum to support a special project at the Children’s Shelter of Cebu, an orphanage where Lindsay and I lived and worked for a year. The special project is purchasing new kitchen equipment for the four different homes at the shelter! It seemed like there was someone cooking all the time when we were at CSC, so we’re excited to provide some new equipment for the homes there.

Thanks again for reading, and hopefully talk to you soon! 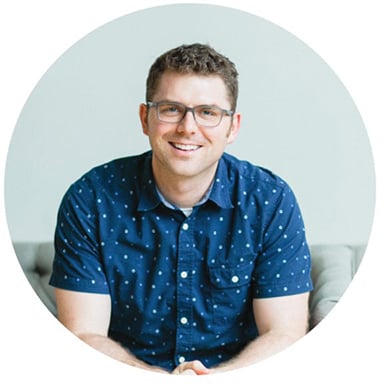 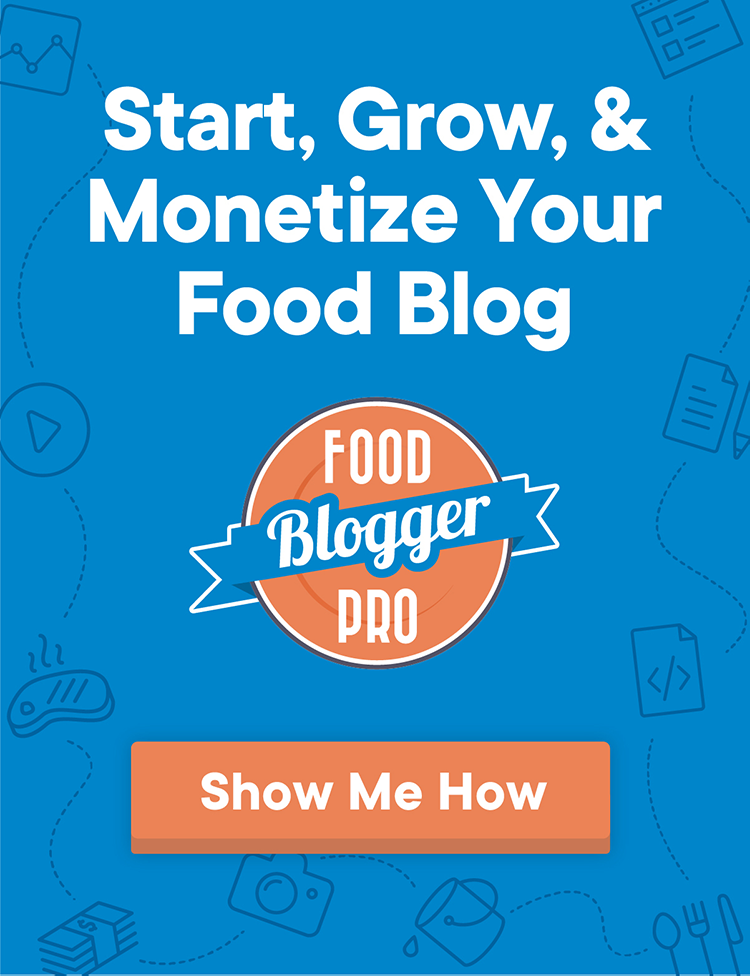 Sep 7, 2021 321: The EXITpreneur’s Playbook – Maximizing Your Profits When Selling a Business with Joe Valley